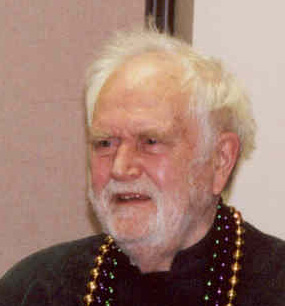 Patrick
DeMare was born in London in 1916, of Swedish
parentage. Educated at Wellington, Cambridge and St. George's Hospital, he qualified
as a doctor in 1941 and enlisted in the RAMC in 1942, being trained at Northfield
Hospital by Rickman and Bion for Army psychiatry. He ran an Exhaustion Centre
throughout the European campaign, at the end of which he returned to Northfield,
joining Foulkes and Main in the Northfield experiment.

After
the war he became a Consultant Psychotherapist at St. George's Hospital, and in
1952 started off the Group Analytic Society with Foulkes. Later he participated
in setting up the Institute of Group Analysis and the Group Analytic Practice.
He also worked with Benaim and Lionel Kreeger at Halliwick Hospital, the short-lived
therapeutic community. In 1972 he published Perspectives in Group Psychotherapy (Allen & Unwin) and in 1974 Lionel Kreeger and he published Introduction to
Group Treatments in Psychiatry (Butterworths), which was dedicated to the patients
and staff at Halliwick Hospital.

In 1975 de Mare started
a large group under the auspices of the Institute of Group Analysis, being joined
by Robin Piper in 1976. That 'large' group settled down to a steady membership
of about 20, and is currently operating as a 'median' group. In 1984 he established
a weekly seminar about large groups which became a recognised section of the Group
Analytic Society in 1986, and which he is currently convening. In 1991 he published KOINONIA: From Hate through Dialogue to Culture in the Large Group, in which he
first introduced the Median Group.

Patrick de Mare
presented the Median Group at the 1999 seminar-dialogue on Humanity. His approach
to group process has been made an integral part of the DuVersity's Working Group
methodology.

Karen Stefano is colloborating on the publication of his collected papers. He died in 2008.