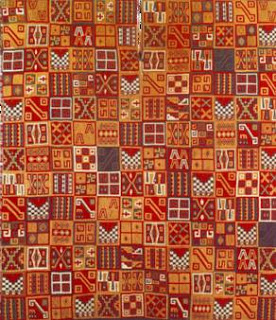 Systematics is the study and application of multi-term systems. About forty years ago, it was defined as a discipline by John Bennett in his major work The Dramatic Universe. In a multi-term system, in contrast with the more commonly known 'system' of systems thinking, the number of terms or self-autonomous components of the system determines the attribute of the whole system as well as the character of its terms. Both the sense of 'whole' and 'part' were given new significance and attention in systematics. Bennett's approach coalesced ideas from the Pythagorean tradition with contemporary explorations of practical systems of work and twenieth century philosophies of wholeness and organism. Here is an introductory statement by Ben Hitchner, one time member of the DuVersity Board.

There are systems within systems making structural patterns directing much that we do.  A focus on the increasing linkage of systems is one way to track in today’s increasing complexity. Complexity has raised the risk of hazard sourced in the universe’s non-predetermined condition. System managers and everyone should weigh hazard more critically than in the past. The last two centuries’ study on the mechanics of systems has rendered system insights. For example, Adam Smith presupposed Newton’s law of gravitation in conceptualizing market equilibrium, which emboldened humans to attempt control of economic systems. And the knowledge of mechanism encouraged enterprisers to actuate large scale commercial/industrial systems.

John Bennett saw a turn from an age of individualism to an age of synergism occurring in the middle of the nineteenth century. Synergism emphasizes personal and system cooperation to serve the functioning of greater systems. Bennett created systematics and saw it would be a methodology to understand how humans can better work together and alter systems to be synergistic. Systematics is a methodology of creativity. Systematics reveals that mechanism is only an aspect of the cosmological order. This means system study must not only take account of known relationships, but pursue unknown relationships ascending into the world of values. Systematics begins with what is seen as a whole system, the system divides, then adds; and links in a progressive concrescent process making the system more concrete, an integrated structure of diverse variants. Systematics formulates this progression by simple linear number with correspondingly configured geometrical forms, for example (1) the monad, (2) the dyad, (3) the triad, …  (12) the dodecad. System progression is imaged and grounded in nature’s way of organic evolution of wholes within wholes. Any whole serves a higher than self need. Every system must aim to renew and maintain its own sufficiency. The substantive purpose of Systematics methodology is to enable one to articulate meanings of systems that affect system efficiency and potential to serve.

DuVersity’s director of studies, Anthony Blake, has taken the mantle of systematics development into DuVersity’s activities such as conferences, gatherings, and workshops. These activities have generated an archive of writings on systematics that has extended the textual legacy of Bennett’s preeminent journal, “Systematics,” 1963-74. DuVersity’s systematics writings are theoretical formulations of methodology as well as report applications on contemporary globalization, median group dialogue, personal psychological integration, and the accessibility of higher intelligence. DuVersity is linked to the Center for Self-Organizing Leadership founded and led by Dr. Dick Knowles. CSO programs are systematic oriented and target organizational coherence and effectiveness. A new systematics development is logovisual technology, a methodology to access higher levels of intelligence. Systematics development is now at the threshold of understanding how we can delimit connections by actively entering systems, which would leave behind subjectivity and fragmented knowledge of the observer.

The work of Bennett and his colleagues on systematics led to innovations in communication and education. He developed a method of learning interaction called structural communication that simulated the quality of the small group tutorial but had wide-ranging implications and applications. This later evolved into what is generally known as logovisual technology (click here for link to Wikipedia entry)

Background material and illustrations can be found at a special site devoted to systematics.

Starting in 1966, with Systematics: a new technique of thinking (co-authored with John Bennett) Anthony Blake has been producing documents relating to the theory and method of systematics. This series is intended as a prelude to a compilation to be entitled The Book of the World that covers the origins of systematics, its relation to ancient and modern systems of thought, the associated method of logovisual technology and the wider picture of emergent understanding of complexity and what Bohm calls 'active information'. The documents should also be taken in association with The Intelligent Enneagram.

Blake's main thesis is that the systematics developed by J. G. Bennett represents a small fraction of the totality of forms of thought that we can become conscious of. For the most part, 'forms of thought' operate unconsciously and any realisation of even a small part of them has great significance. In some ways, the 'systems' put forward by Bennett are similar in character to the archetypes suggested by Carl Jung. We should remember however that Jung clearly stated that we cannot know the archetypes per se but only images of them as they arise in us. There is also an association to be made with the tissue paper collage method developed by Dr Edith Wallace in which seemingly inchoate images reveal emergent insights taking place in us.

Since 2000 there have been yearly gatherings to explore aspects of systematics in its widest sense. Here is a summary of topics covered.

The following links take you to introductory articles on systematics, structural communication and logovisual thinking.

The following link will take you to sources of papers by Martin Zwick, Professor of Systems Science, Portland University and student of the ideas of John Bennett